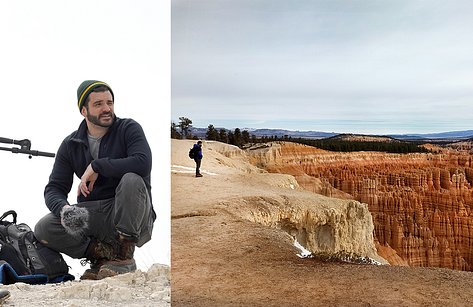 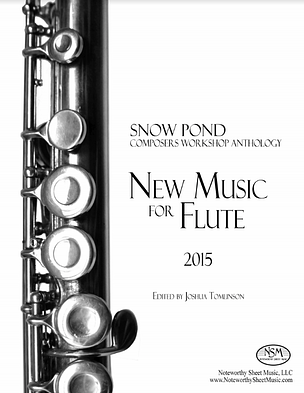 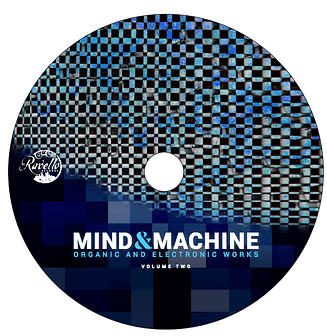 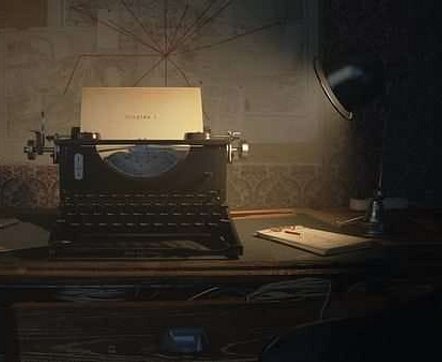 New compositions were performed at the Workshop's final concert then collected and published by Noteworthy Sheet Music as The Snow Pond Composers Workshop Anthology, New Music for Flute.

The typewriter’s singular function makes it synonymous with storytelling for me, and in this piece it is employed both as a prop and as a musical instrument.

In A Short Story, the instrument is first heard alone, then progressively its sound becomes further and further removed from reality as new sounds from the author's past come flooding in. Additional sounds that help construct the narrative are triggered by a lamp, the only source of light in this theatrical piece.

The audience is invited to observe an author’s creative process – to hear his imagination and memories. The performer triggers new sounds as he acts out the role of the writer recounting his past.

Somewhere between the Canyon and Stars

The sights and sounds that inspired Messiaen inspire still, and this work is designed to be both a tribute to him and a colorful contribution to the electroacoustic genre.

Audio recordings of wildlife and other sound textures at Bryce Canyon National Park and Mount Messiaen in Parowan, Utah provide the raw material for this three-movement tri-phonic composition.

The recorded sounds were digitally sculpted using electronic techniques and tools, and live performers trigger the manipulated sounds during performance.

The finished work aims to explore the space and capture the essence of this beautiful region.

Theophany was submitted to my academic committee March 25, 2019 in partial fulfillment of the Doctor of Musical Arts Degree at the University of Oklahoma.

Convergences is an electronic composition that explores the merging and juxtaposition of metal and wood, sound and silence, momentum and stagnation. The digital medium allows a composer to create a musical environment in which sounds can simultaneously exist near to and distant from the hearer. In this piece, I incorporate that effect so that the audience can enjoy this unnatural auditory experience.

The two basic elements of this piece bring their own unique characteristics, and when they converge, the cold and more aggressive metallic gestures are contrasted with the gentle warmth of the wood at various levels of intensity and harmony.

Combining modern ballet choreography by Boyko Dossev, and violin performance by Erika Burns, Sand is based on Jenny Erpenbeck's short story about a grandmother and granddaughter's relationship over time. The work was commissioned by World Literature Today Magazine in honor of their 2018 Fellow. The ballet premiered March 9, 2018 at the 50th Annual Puterbaugh Festival in Norman, OK.